Could faking it help you have a real orgasm?

Could faking it help you have a real orgasm?Tracey22nd November 201722nd January 2021

The answer, surprisingly, is yes!

Up to 80 percent of women fake orgasms at some point, according to research – and that might not be a bad thing.

Turns out some women fake it in order to make it a real orgasm happen. Researchers surveyed 481 heterosexual females, all sexually active but not in serious relationships.

The results, published in The Journal of Sexual Archives, threw up the usual, predictable reasons for faking – but also a surprising one.

The women gave four main reasons for faking orgasm. The most common reason was ‘altruistic deceit’ – to protect the man’s feelings.

Second, fear and insecurity. Wanting the sex to be a positive experience, rather than a negative one.

Fourth, was faking it to end the sex session. No surprises there (though it’s usually further up the list!)

The most interesting reason of all was third on the list.

Fake it to make it

‘Elevated arousal’ – faking orgasm to make yourself feel more turned on was the most interesting reason. The women said by pretending to orgasm, they were attempting to increase their arousal levels.

And do you know what? I believe them.

The ‘fake it till you make it’ theory is based on the assumption that if you act out the thing you want to happen, sometimes it will.

Psychologists use the same technique on depressed patients: the act of smiling triggers hormones which make us feel happier so a forced smile eventually turns into a real one.

The women in the study said if they pretended to orgasm, their partner got more excited, which got them more excited.

By reenacting the lead up to a real orgasm – breathing faster, making noise, moving your hips, tensing your muscles – you might just push yourself over the threshold to the point where orgasm becomes involuntary.

But there are two crucial points that need to be made here.

First up, the study was based on women who weren’t in relationships so the overall percentage of ‘fakers’ (80%) is hopefully lower in couples who are more comfortable with each other.

It’s also best not to use the ‘fake it to make it’ technique at the beginning of relationships (unless you explain that’s what you’re doing, which is unlikely!). The reason why is how is your partner ever going to learn to give you a real orgasm if they think they’re doing it already?

But don’t fake it at the start

The absolute worst time to fake an orgasm is at the start of a relationship, which is, of course, when most women (and some men) do it.

Keep on doing it and you’ve set up a pattern of behaviour that’s based on deception and dissatisfaction.

He (or she) will keep on using the same ineffectual techniques because they think they’re turning you on; you’ll remain frustrated and irritable every time you have sex.

Having the courage to say “Actually, that does nothing for me,” isn’t easy but you really must.

Communication is the key to good sex – and faking orgasm (for reasons that aren’t so helpful) isn’t necessary if admitting to not having one isn’t a problem! 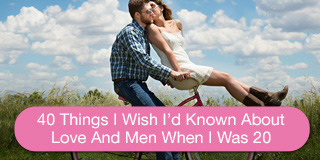